Opportunity for Skilled Professionals to Get Canadian Citizenship

The UAE is lately becoming an important source country for the people who are interested in becoming Canadian citizens. It is seen that UAE nationals who move to Canada is generally but the nationals of other count unties who list the UAE as their previous country of residence is high.

One of the popular programs for the immigrants who want to migrate to Canada is Express Entry. Launched on January 1, 2015, Express Entry is a system used by the Canadian government to manage Canadian permanent residence applications. The system is used for filling labour gaps through certain economic immigration programs. It is a very efficient system with over 80 percent of the applications processed in six months or even less. 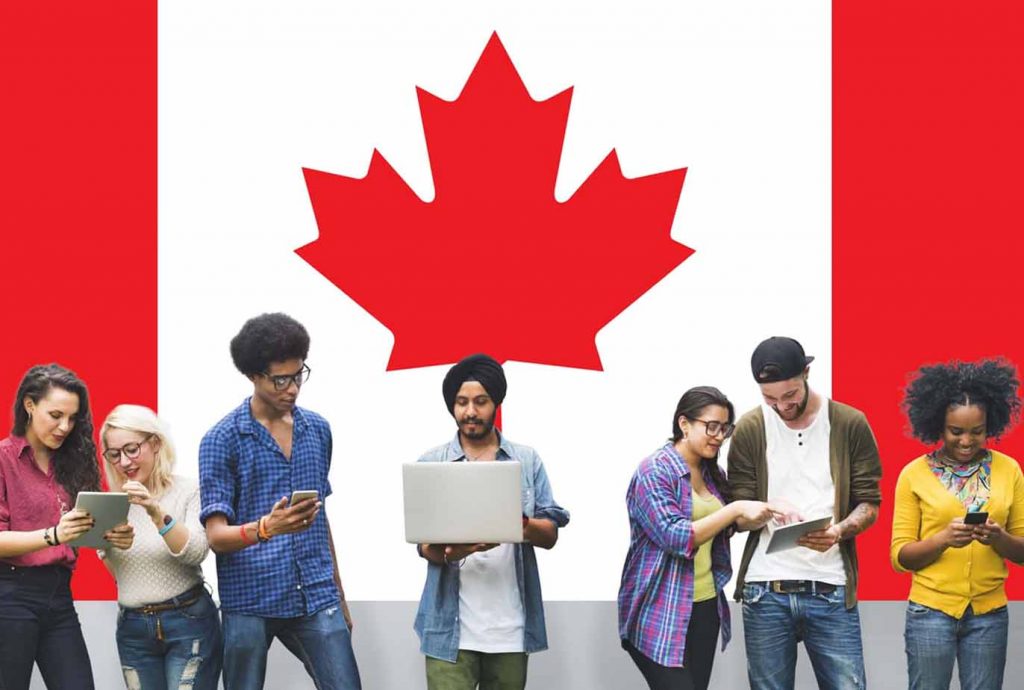 It is an online system which is used to manage applications for permanent residence from skilled workers.

A) By answering few questions to see if you meet the minimum requirements.

B) By reading the detailed requirement of each program.

Documents required for the application of permanent residence:

If one is invited to apply for permanent residence one may be required submit the following documents besides the documents listed above.

Following documents need to be included in one’s personalized document checklist if the authorities ask for them. Else your application may not be refused or rejected if you don’t submit these documents.

Who Is Eligible For Canada Express Entry?

It is essential to know that there is no one-size-fits-all category or profile type that may pass you through the express entry of Canada. Applicants who come to the pool get a CRS score which is also called the comprehensive ranking system. Those who tend to rank higher than others may receive an invitation to apply for such a programme. Besides, there are some of the influencing factors that can leave an impact on your CRS score. These are your age, language proficiency, your level of education, work experience, and Canadian connections. 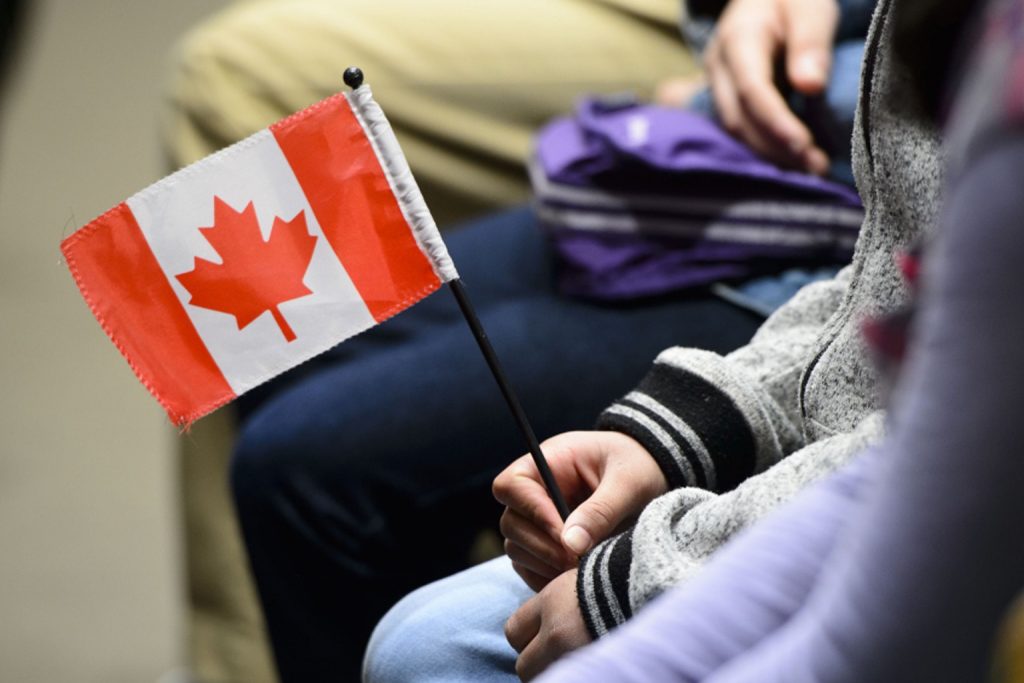 There are several other factors that can play an impactful role in your CRS score. These include:

In case an applicant meets all the required requirements, the authorities will assess their application on the basis of:

In the end, one must know that these factors are all a significant part of a 100-point grid utilised to assess an applicant’s eligibility for the programme of the Federal Skilled Worker. They will earn points based on how they attempt all these 67 points.

The most considerable fees one has to consider for the Canada immigration express entry are application fees. It is the fees that an applicant has to pay to the Canadian Immigration authorities to allow them to process their application. Proof of funds is also required amid the step.

Know that the application fees of the Canada Express Entry application include all the following details:

An applicant should also know that they will incur some additional amount of fees for multiple services throughout their application like:

The cost of each depends on the nation you reside in or your citizenship status. However, you should have a minimum amount of around a few hundred dollars CAD to cover all these.

The primary requirement for applications in the express entry system or programme is to administer or acknowledge that specific applicants need to have enough funds to support themselves and their families after they have arrived in Canada. So, how much money does an applicant need to immigrate or move to Canada?

What is Canada Express Entry?

This is a system used to manage people’s immigration applications who intend to become permanent residents of Canada. Express entry isn’t a programme in itself. However, this maps and contains applications submitted under three unique immigration schemes or programmes:

In addition, Canadian Express Entry is one of the electronic application management systems, which means that all the documents and information get submitted electronically via online portals.

How can applicants improve their CRS scores?

Several different ways are there to improve Express Entry CRS scores for individuals applying into the express system. If an applicant has not received language test scores that are consistent with or slightly better than the CLB of Level 9, this might be the quickest way to get more points. However, it significantly depends on one’s language skills as well.

What will be the CRS score cut-off for future Express Entry draws?

Meanwhile, if less time passes between such draws, or if several other ITAs get issues in a series of draws, and if fewer candidates get into the pool or boost their cut-off scores, such variables and figures can leave an impact on the CRS cut-off threshold.

When does the next Draw for Express Entry take place?

The Express Entry programme draws usually occur every second Wednesday. But, there will be times when draws will be shorter or longer gaps between such draws and without any prior information or notice.

Can my family come with me through Express Entry?

The Express Entry programme enables an applicant to include their spouse or any common-law or conjugal partner. Moreover, if they have dependent children, they can consist of them in their applications as well. So, if you succeed with your respective applications, the applicant, along with their dependents will get the PR status.

When it comes to Canadian immigration, the dependent child can be defined under the following points:

Does an applicant get more points if they include their partner or spouse on Express Entry applications?

That won’t be the case, not necessarily. The CRS score is usually made with 1200 points. And, 500 of such points should fall under the Human Capital Factors’ category. Besides, if an applicant applies with their spouse, they can get up to 460 points for their Human Capital Factors, along with additional 40 points that can be awarded based on their spouse’s HCFs.

Can the applicant apply alone and post that bring their family?

Yes, the applicant can select to immigrate without their children or spouse and then plan on sponsoring them via family sponsorship immigration programs. In addition, there are specific pathways for Canadian PRs who want to sponsor their grandparents and parents. An individual also needs to note that if they have to declare their partners or children on applications, even if all of them do not accompany the applicant.

What is referred to as a PNP or Provincial Nominee Program?

Canada, as a nation, has 13 territories and provinces, each with immigration requirements. PNP Programs are mini-immigration schemes and programmes that tend to allow such territories and provinces to nominate specific candidates for immigration who happen to fit their particular Express entry Canada requirements. Some of the PNP streams align with Express Entry, while other PNP streams do not align with Canadian Express Entry. One should know that earning a nomination from the aligned-PNP will allow you to earn an extra 600 points to your entire CRS score.

How can an applicant know what PNPs are they eligible for?

In the Canadian system, 80 different PNP streams are there. Some of the PNP streams need active Express Entry profiles, whereas others need work experience in some occupations.

It is an ideal program for the skilled workers with foreign work experience who wants  to immigrate to Canada permanently.

What is the eligibility for this program?

What are the selection factors for this program?

One must meet all the express entry Canada requirements to be eligible for this program. The application is assessed based on the age, education, work experience, whether you have a valid job offer, language skills on English and French and adaptability which means how well you’re likely to settle in Canada. Following factors are a part of 100 point grid which is used to access your eligibility.

The minimum point’s requirement is 67.

What is the minimum skilled work experience which one needs to have in order to fit into this program?

By skilled work experience we mean that you’ve worked in 1 of these National Occupational Classification (NOC) job groups: Managerial jobs, Professional jobs and Technical jobs and skilled trades.  One must be able to show that one has performed the duties which are set out in the lead statement of the occupational description in the NOC.

By skilled work experience we mean that it must be in the same type of job which you want to use for your immigration purposes. It has to be within last ten years, only the experience where you have been paid for your work will be counted. Experience as a volunteer or internship won’t be counted.

What should be the minimum language requirement in order to qualify for this program?

One can take approved tests in English or French for: writing, reading, listening or speaking. A minimum score of Canadian Language Benchmark (CLB) is 7 in all 4 abilities makes you eligible. The language tests results must be valid for 2 years after the date of the test result. They must be valid on the day you apply for permanent residence. 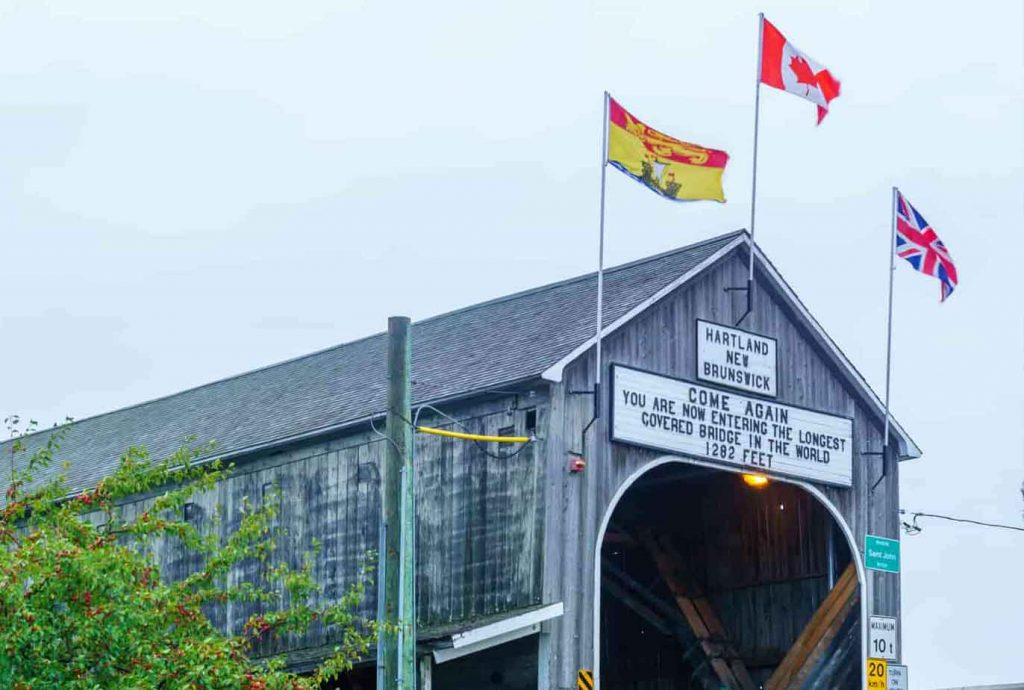 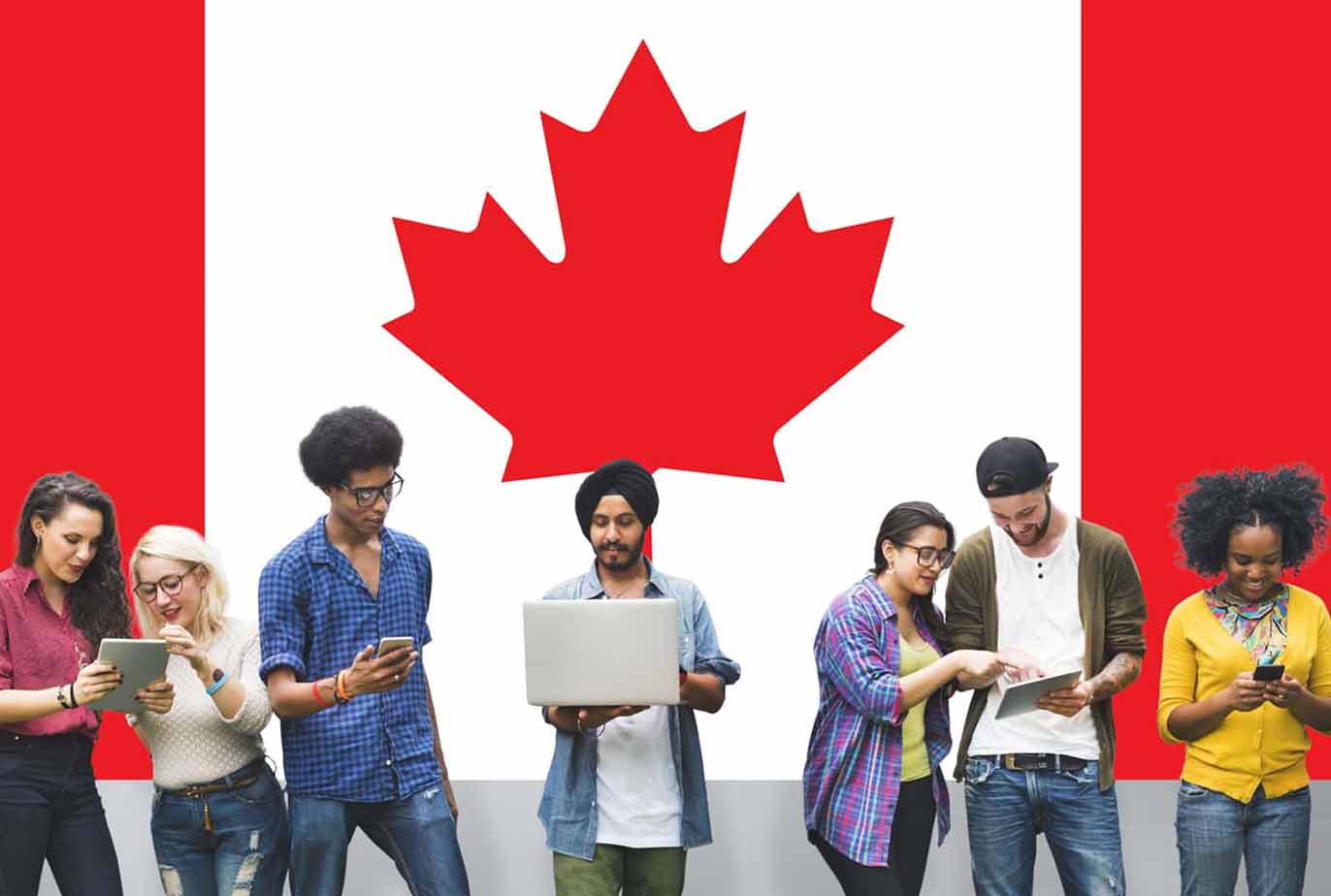 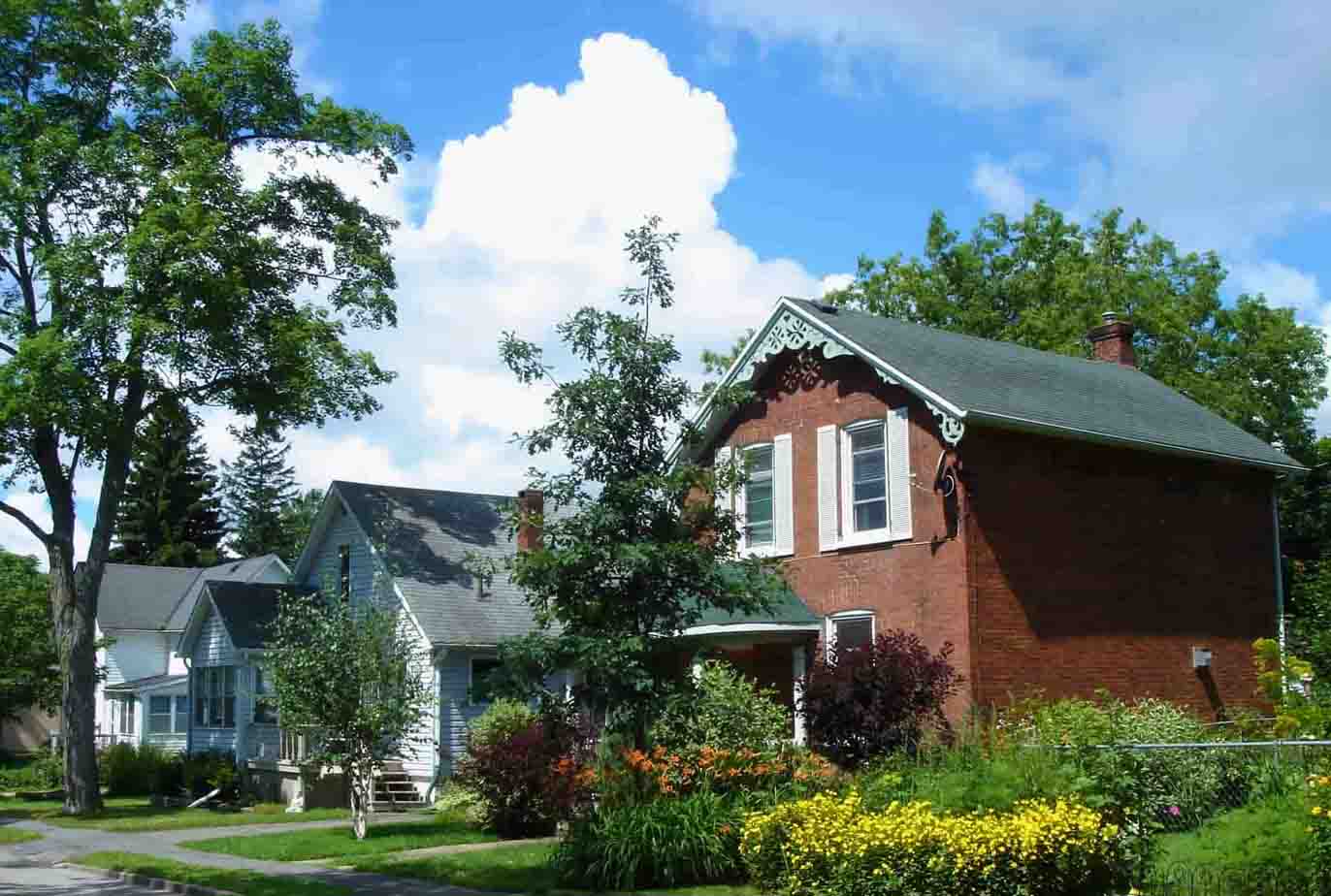